Oh gosh, you’re not going to believe this…

Remember when the mischief was No On/No Off?   Well, Mom handled that obstacle fairly well; she turned the box on by standing in front of it and touching a magic spot.  The spot would light up and say POWER.  She did the same when she wanted the box to go to sleep.  Many of you suggested that perhaps the box had celebrated so many birthdays, it no longer could function.  We crossed our paws and fingers that you were mistaken.

Last week, Mom tried the magic spot and noises occurred, however, a second sign lit up; STAND BY.  Mom has this thingie called U-Verse which allows us to watch Tanked, Mr. Caesar, The NBA Finals, etc.  In the tropics, when we receive lots of storms, U-Verse can go kaplooey for a while and has to do this reboot thingie.  Mom tried all her tricks and this blue screen with AT &T stayed put with an arrow going round and round and round until it made us dizzy.  After a really long time, it said, quit client?  We said yes.  Mom tried a few days in a row, hoping that the box and Sir U-Verse would chat and make up.  No such luck. 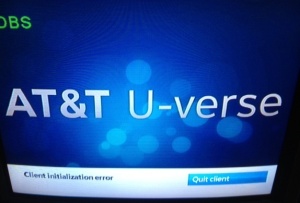 Do you know what it’s like to share a tv box with a teenager on summer break hooked on something called TLC?  Thank heavens for that TIVO stuff or Mom and ol’ Jetty boy would be up a creek without a paddle I tell ya!

So… Mom is trying to wrap her head around (strange phrase you humans use…) the idea that we need a new box.  She told me she has to save up biscuit money because right now, the jar is a wee bit low (ok… empty)… she said we’ll take this opportunity to catch up on our reading.

Another great, except for the tv box, day.

Yesterday, my human sister, Rachel, had a special event to attend.  She wanted to look lovely and asked Mom to visit her room to review outfit possibilities.  Mom, JJ and I shook off the leftover fogginess from a late afternoon nap since I woke everyone about 4:30 a.m.

JJ pranced into Rachel’s room and headed directly into her closet to determine options.  Then, she stood still as Rachel held up two choices for Mom’s opinion.  JJ sat politely on the floor waiting her turn to express her views.  No offense to Rachel, however, unless the clothes adorn my fur, fashion doesn’t do much for me.  I felt that staying at the door showed sufficient support.  Mom and Rachel laughed because usually, I cannot wait to enter Rachel’s room and my self-imposed restraint fascinated them.  The three females agreed quickly and disbanded.

You know, now that I think about the subject, I do have a few opinions about human fashion.  I believe scents make the clothes.  When Rachel sprays perfume on herself and the scent permeates her garments, my interest perks up.  I think I’ve previously shared that I enjoy the smell of shampoo, creams and lotions.  Mom has this stuff called chemical sensitivities.  She does not add much scent to her clothes except the natural essential oils in her personal grooming products.  I like her current shampoo which smells like chocolate mint.  Whoops, I digress.

Mostly, I enjoy relocating garments, particularly Rachel’s.  (She provides endless opportunities;  after all she is a teenager!)  Sometimes finding a

garment in a location other than where you left it allows for increased creativity. I help her think of new pairing combinations.  I’ve watched enough What Not To Wear episodes with Rachel on the couch, so, we’re on the same page.