Again, we wish our furriends affected by Sandy the safest conditions under the circumstances, please let us know how we can help as soon as you can. 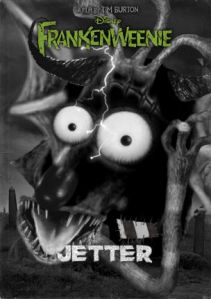 On Monday, I shared that Mom spent last weekend in Cleveland and that by day 4, she was completely fur deprived.  Well, lucky for her, the camp reunion goodbye brunch was hosted generously by Miss Shari and Allie.  Allie is a gorgeous Golden Doodle.  My buddy, Sam, also a doodle, never looked like Allie, so, Mom asked Miss Shari and found out that Allie went to the Spa and got “blown out!” 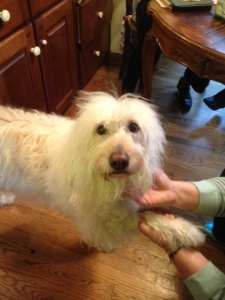 Nice to meet you… 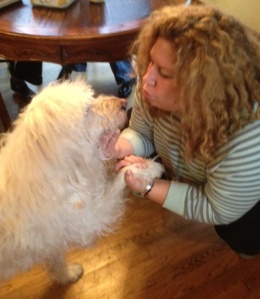 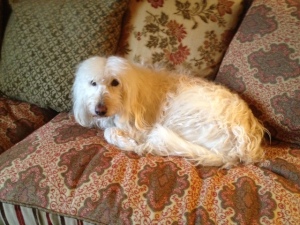 For the last few days, Puffy, JJ and I played Hide and Seek with Mom.  We looked high and low for Mom, taking rests in between.

We checked out her usual spots… 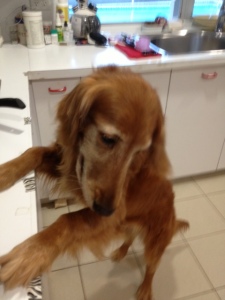 The office including mancave #1… 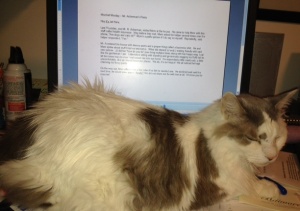 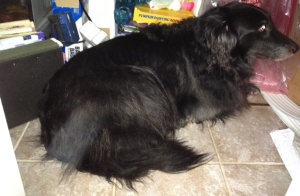 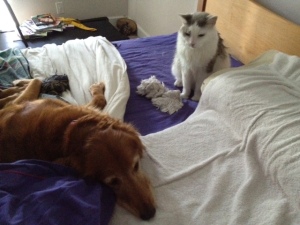 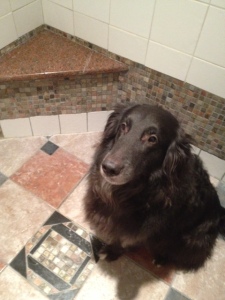 And then we had a Pow-Wow where I, Detective Jetty, reminded them about this clue… 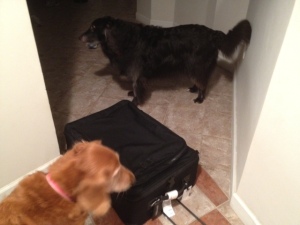 Uh oh… MOM left us!  Ok, in fairness, we had a super time with our special friend, Miss Angela. And… it was Mom’s first vacation day from work in 17 months!  When she returned last night and gave us tons of lovies while explaining that she went to this place called Cleveland for her summer camp reunion (after 35 years)… we forgave her for making us look so long to find her!

When Mom attended Camp Truda, she acted in the play; You’re a Good Man Charlie Brown.  Her best camp friend, Sue, played Snoopy.  Mom thinks Snoopy had a lot to do with the popularity of Beagles.

All I know about Beagles I learned from that “darn Max” and Buddy.  Our whole pack avoids that “darn Max” as best we can.  In truth, it’s not his fault.  The human who walks him, says mean things about all of us in another language when she passes by and doesn’t scoop the poop either.

She called my Mom names and my sister Koko ugly.  Glad I never heard that personally, or, my protective nature might just have kicked in.  She’s called me terrible words too; however, as I’ve written before, a Gentleman does not repeat words like that.  I behave really well considering that “darn Max” barks, howls and charges at us.  Mom reminds me that Max probably has a more endearing side when he’s with other members of his family.  She always looks for the silver lining.

Just when my rating of Beagles hovered at hmm… like zero, I met Buddy the Beagle.  Our newer neighbors, Pat and Cindy, recently adopted Buddy the Beagle from the pound.  Now, Buddy does that Beagle baying stuff, but, he’s a friendly fellow.  We’ve walked with him a few times and he and I had lots to discuss.  I really appreciated having some “guy time” since the rest of my pack is female.  Pat tells Buddy and me manly man stuff about baseball since he’s really involved in building the new Marlins stadium.  And… I don’t have to explain or apologize for stopping frequently to empty my tank.  Buddy the Beagle understands that I need to let fellow K9s know Jet was here!

So here’s to you, Buddy the Beagle, for restoring my faith in your breed.  See ya on the block! 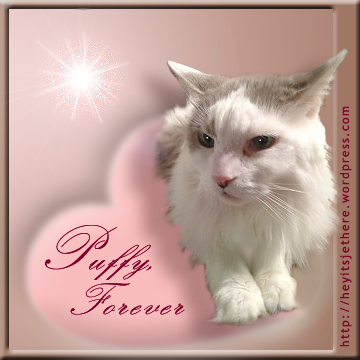 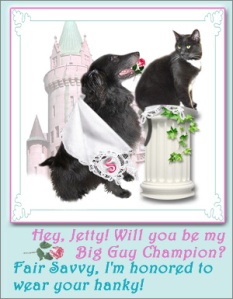 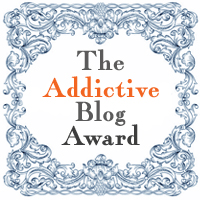 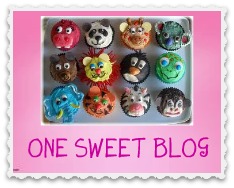 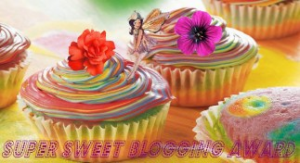 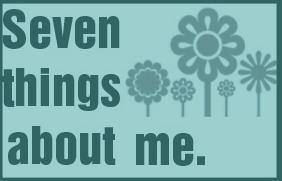